Studying the world’s most beautiful primate: the red-shanked douc!

Exploring the canopy: Tree climbing training to better study what’s up there! 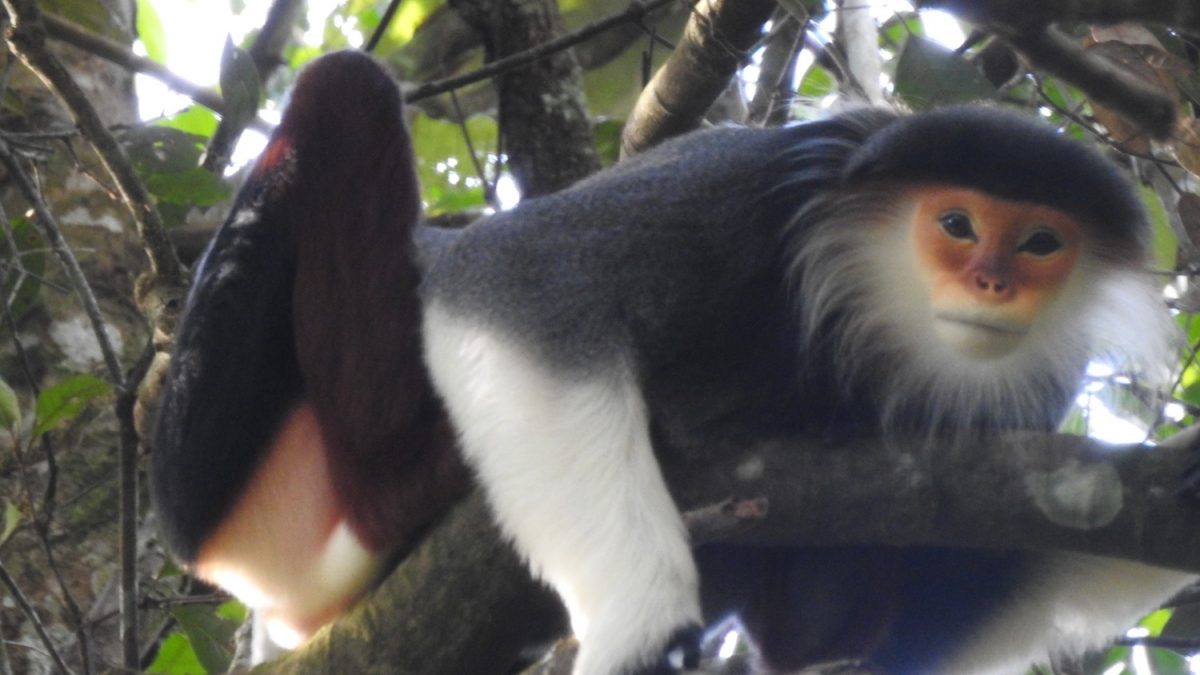 In March 2019, we have the pleasure to welcome to our team two new douc-lovers: French volunteer Mr. Andréa Sotto-Mayor and New Zeeland PhD candidate Ms. Sonya Prosser. Both will stay with our field teams for at least a year.

Andréa already visited us for four months in 2018 to train our local team in the data collection for our douc study. In 2019 he is back and more motivated than ever to pursue the mission: habituate a group of doucs to collect ecological data. Andrea has volunteered with other primate projects worldwide including on Lowland Gorillas in Central African Republic.

Sonya will be conducting her PhD research with us on the feeding ecology of the red-shanked douc, including describing their diet and understanding their nutritional requirements. Sonya has a background as a keeper in zoos and rescue centers and worked with doucs and other primate species in a rescue center in Vietnam (the Endangered Primate Rescue Center); it is during her time at the center that she fell in love with doucs and realized the need to learn about this little-studied species.

Andréa’s and Sonya’s dedication, adaptability and skills are great assets to the Anoulak’s team! 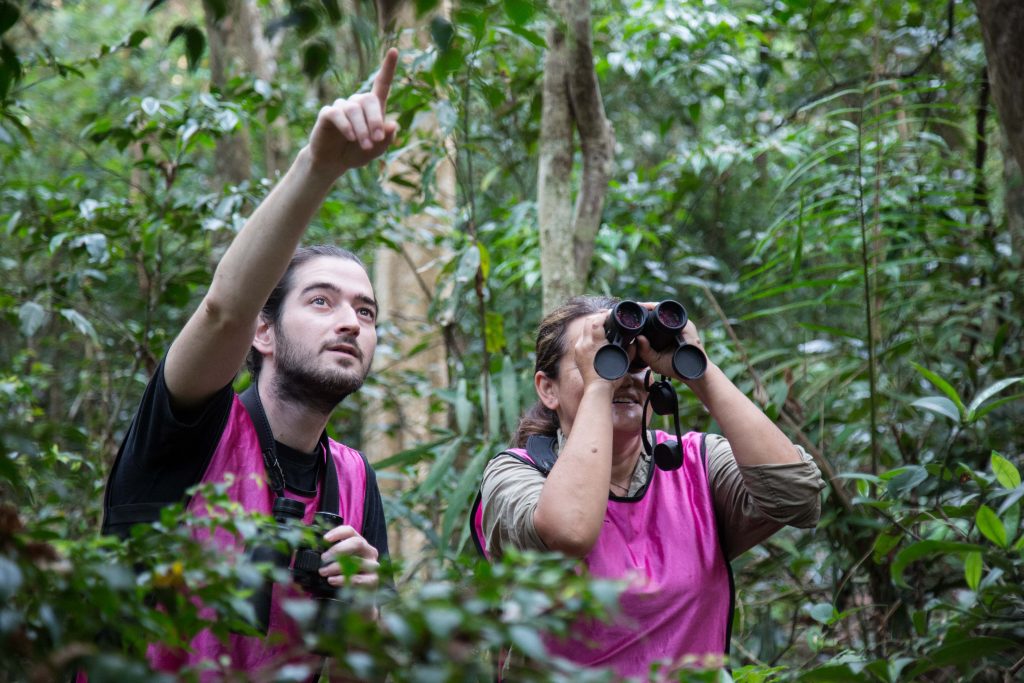 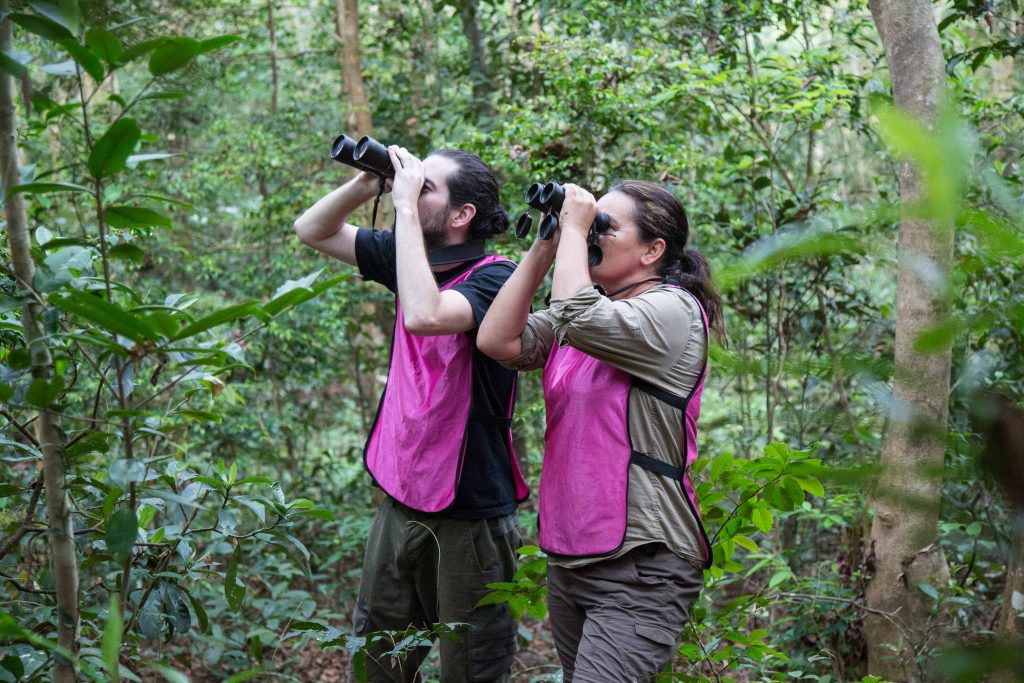 Andréa and Sonya observing doucs in the forest wearing pink vests as part of the habituation process of doucs (to help doucs distinguish our team of researchers and learn to not see them as a threat). 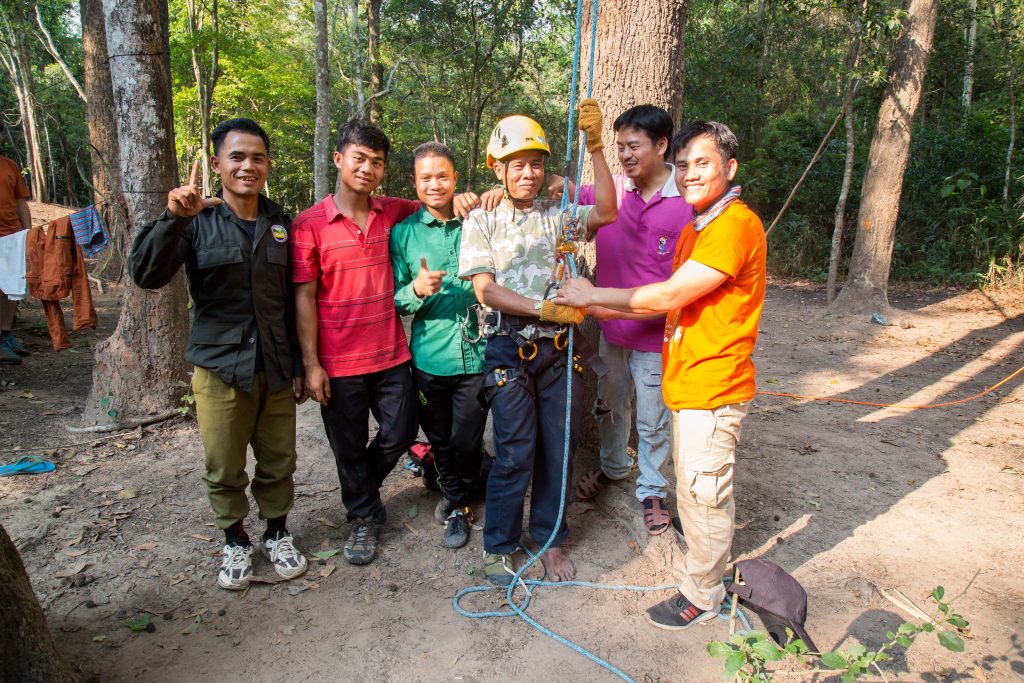 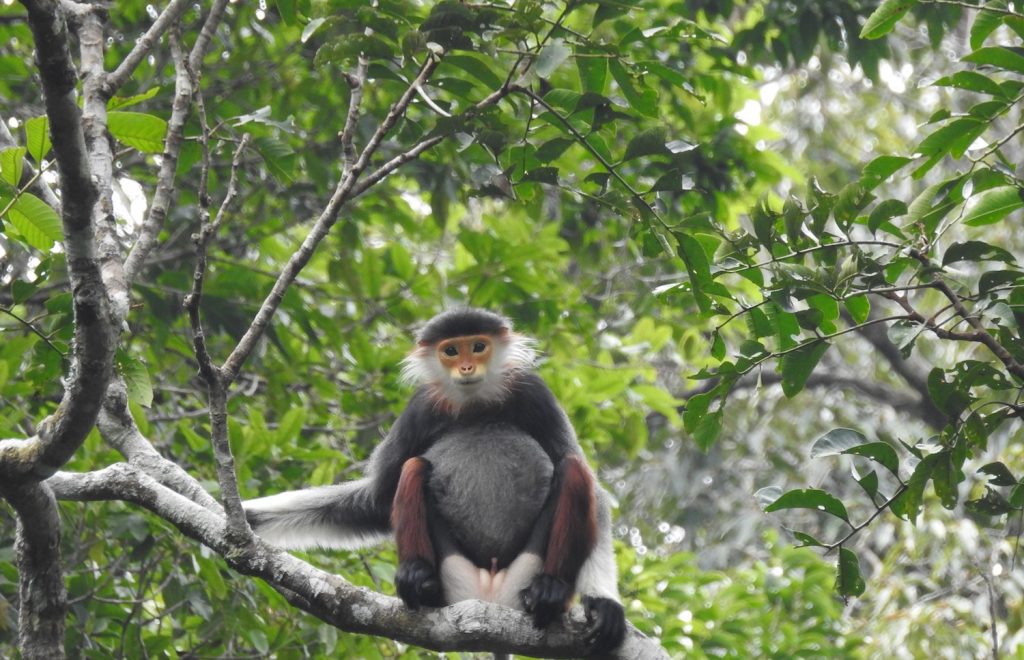 The red-shanked douc is highly threatened by illegal poaching across its range. With our long-term study of the behavioural ecology of red-shanked douc we hope to help the in-situ and ex-situ conservation of the species. 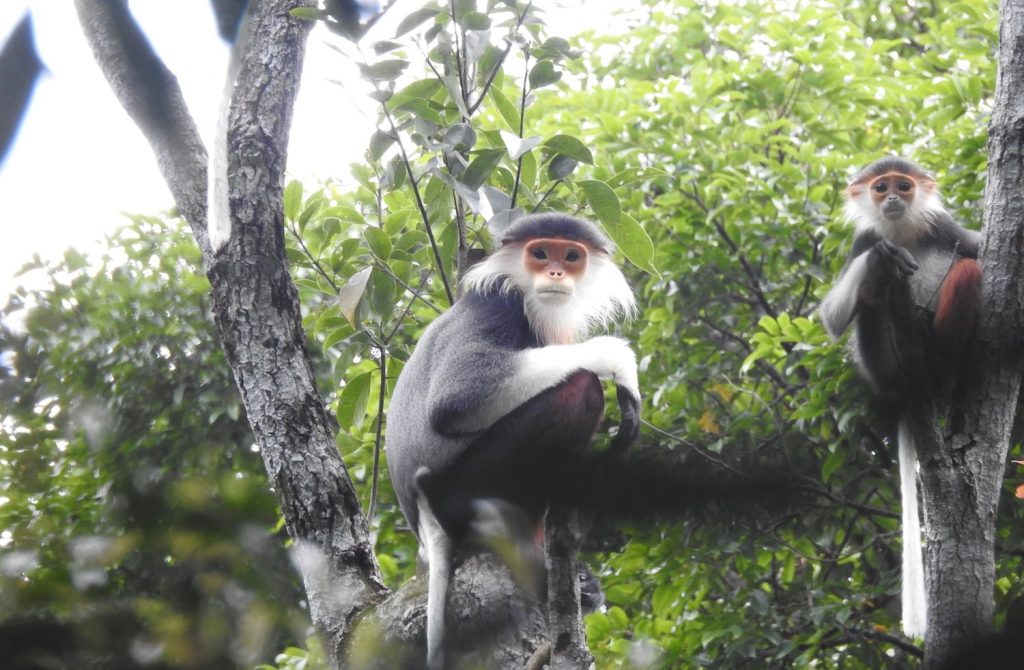 ~~~ We are grateful to Our Supporters.