Completion of the camera-trap wildlife monitoring survey of 2020: an overview 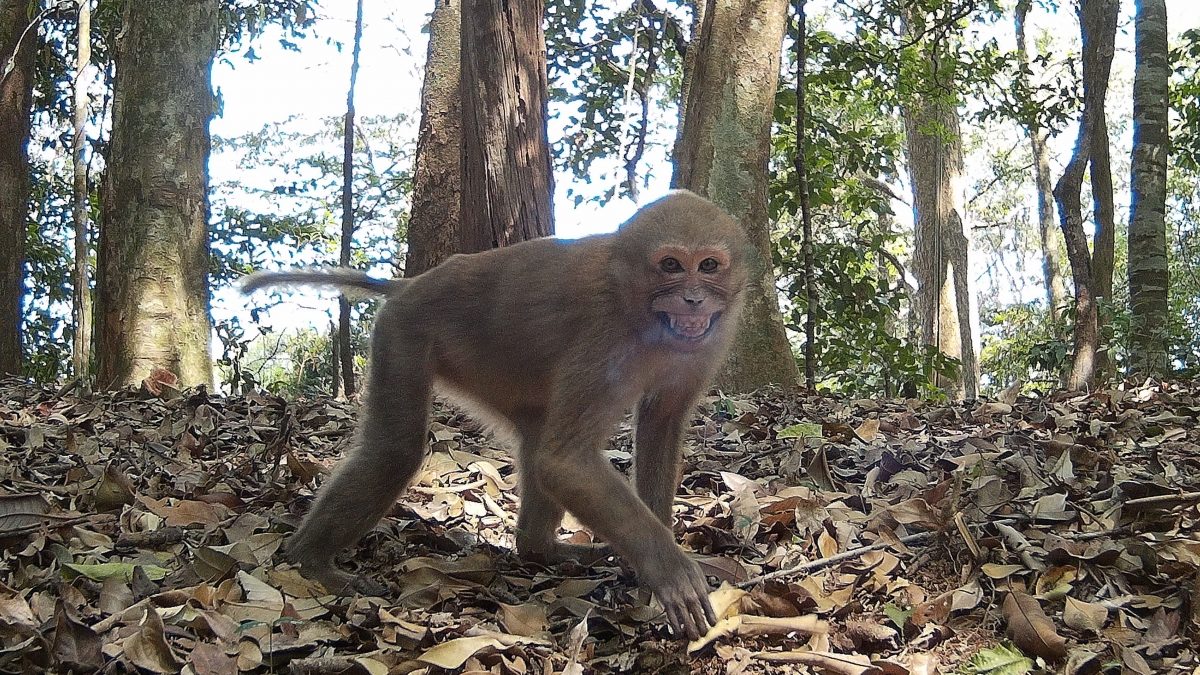 This year 2020, we completed the second large-scale camera-trap wildlife monitoring program in Nakai – Nam Theun National Park in collaboration with the park’s authorities. For the past three years, Association Anoulak has been providing technical advise and supervision to the Biodiversity Research and Monitoring Section of the National park, including the camera-trap wildlife monitoring program. 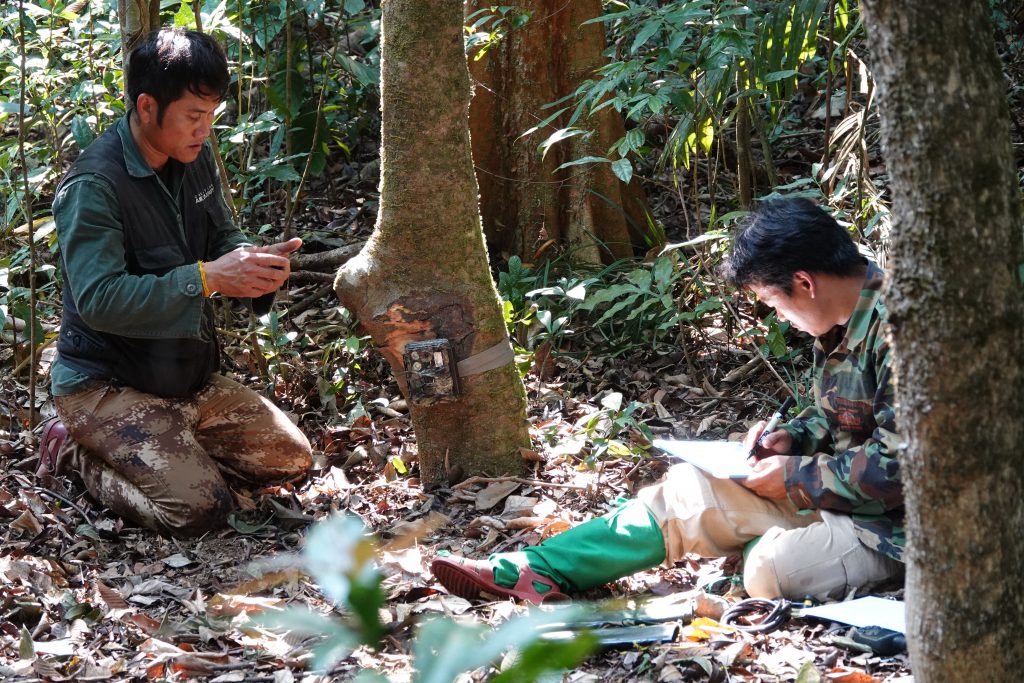 Camera-trap set up in the field 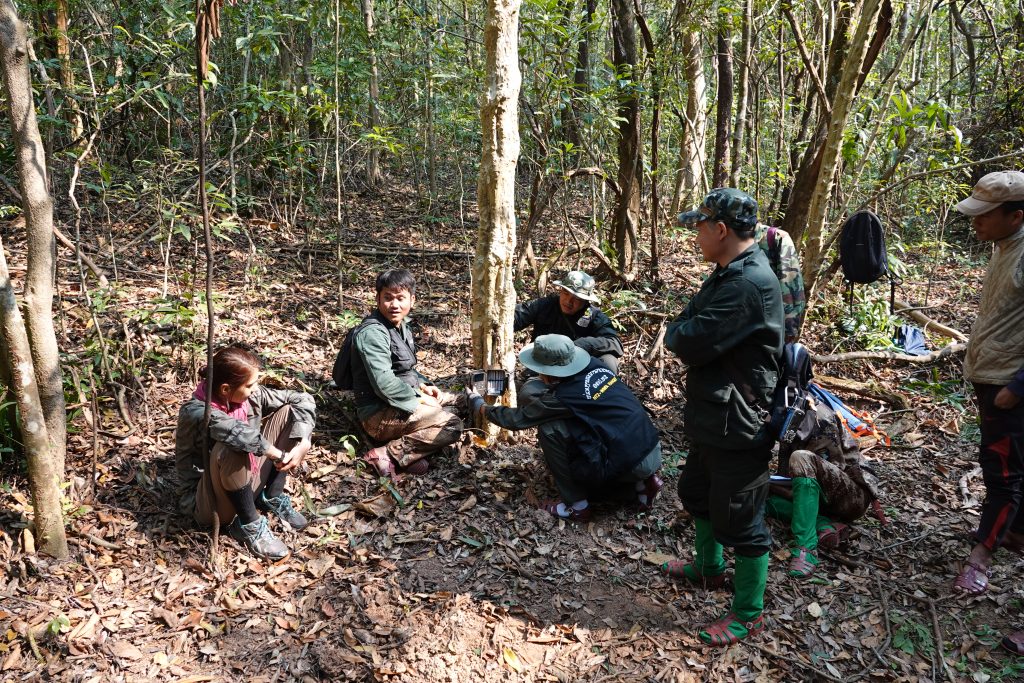 Camera-trap set up in the field

Any conservation management plan requires appropriate methods to assess its effectiveness to protect wildlife populations and ecosystems in the long-term. Monitoring wildlife populations using automated camera-traps placed in the forest is one of these methods, which we apply in Nakai – Nam Theun National Park.

The science-based survey design applied allows the estimation of population abundance over time and landscape. When surveys are replicated systematically at regular time intervals (e.g. every two years), we can obtain trends in the abundance of wildlife species and their distribution across the national park: this facilitates an assessment of whether some wildlife populations are increasing, decreasing or remaining stable as a result of management interventions (e.g. law enforcement; community sustainable livelihood for conservation; outreach).

The survey design for the camera-trapping implemented in Nakai – Nam Theun National Park follows the rationale and protocols developed by the Biodiversity Dynamic research Team at the Leibniz Institute for Zoo and Wildlife Research (IZW) (Abrams et al., 2018), one of our research partners. 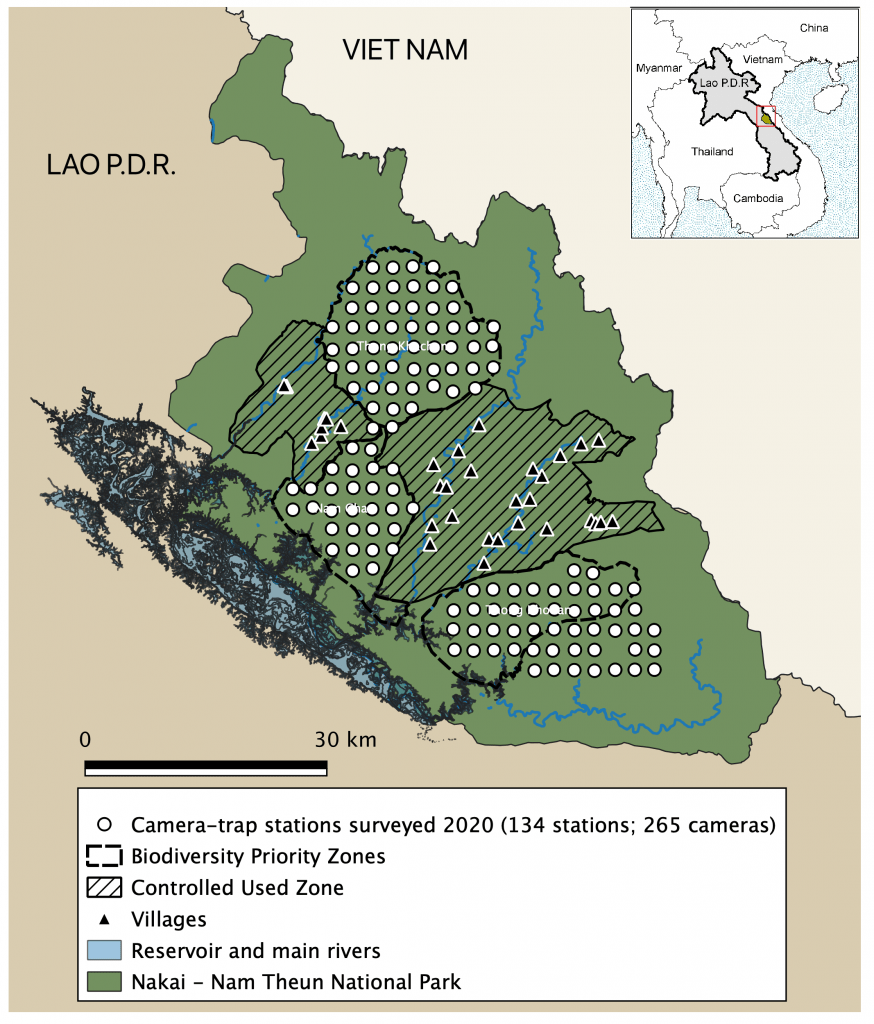 Figure 1: location of Nakai – Nam Theun National Park in Laos and of the 133 camera-trap stations (265 camera-traps) set-up in 2020 to cover the three Biodiversity Priority Zones of the national park

From February to August 2020 the three Biodiversity Priority Zones (Figure 1) were surveyed with 133 camera-trap stations spaced roughly 2.5 km apart. Two cameras were set up at each station: a total of 265 cameras were set up of which 255 were operational (i.e. ten cameras did not take any photos because they were stolen or due to malfunction). Survey effort totaled 20,794 active camera-trap nights (a camera-trap night is here defined as each night a single camera is active; i.e. for the total number of operational cameras, 255).

A final report was prepared for partners and stakeholders (Coudrat, 2020), which is not made available publicly to avoid sharing information on the occurrence of species targeted in the international wildlife trade.

We are currently working in collaboration with IZW to conduct additional analysis to compare abundance index (‘occupancy’) of indicator species between 2018-2019 survey and 2020 survey and to produce predictive distribution maps across Nakai – Nam Theun National Park for indicator species. 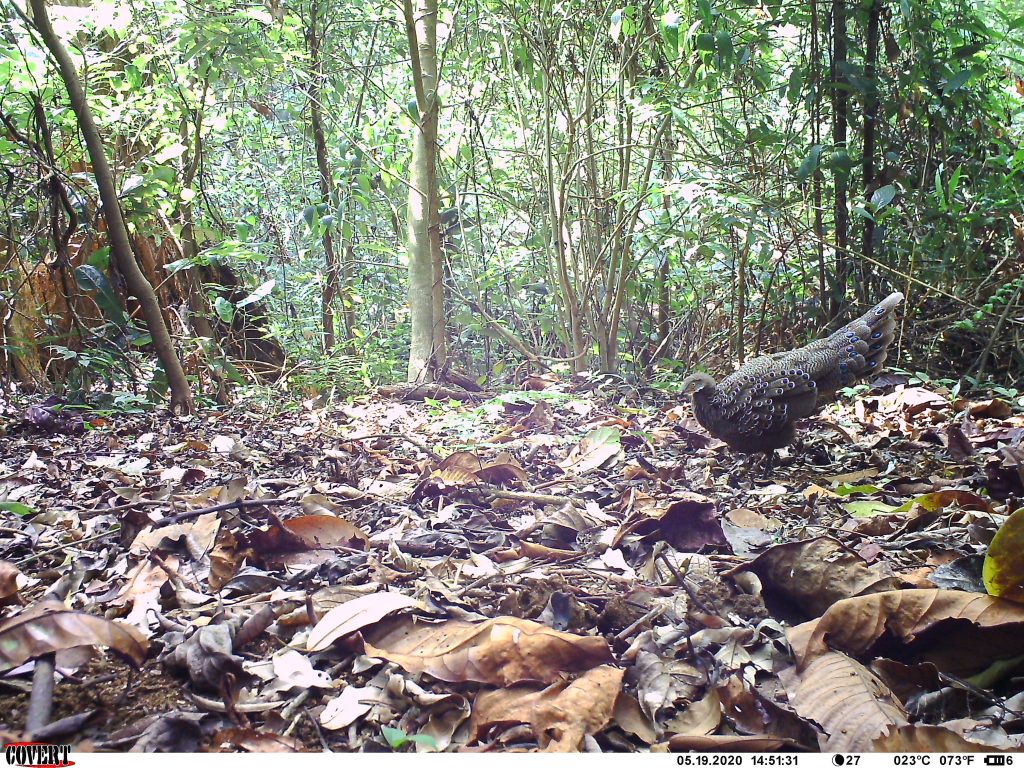 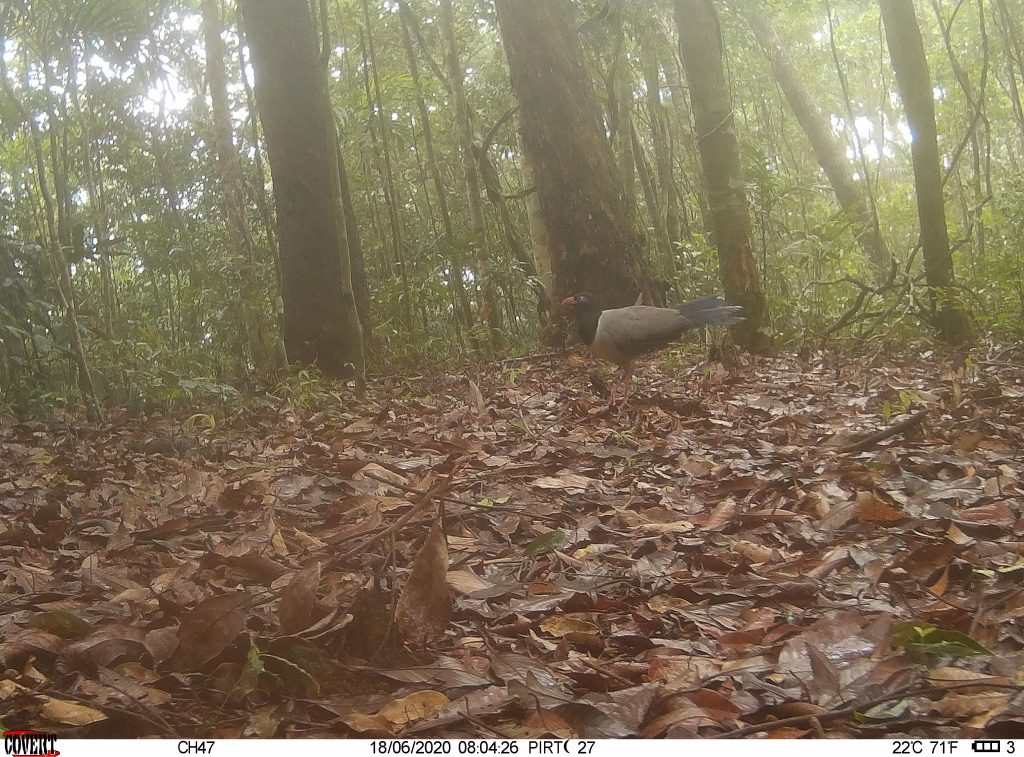 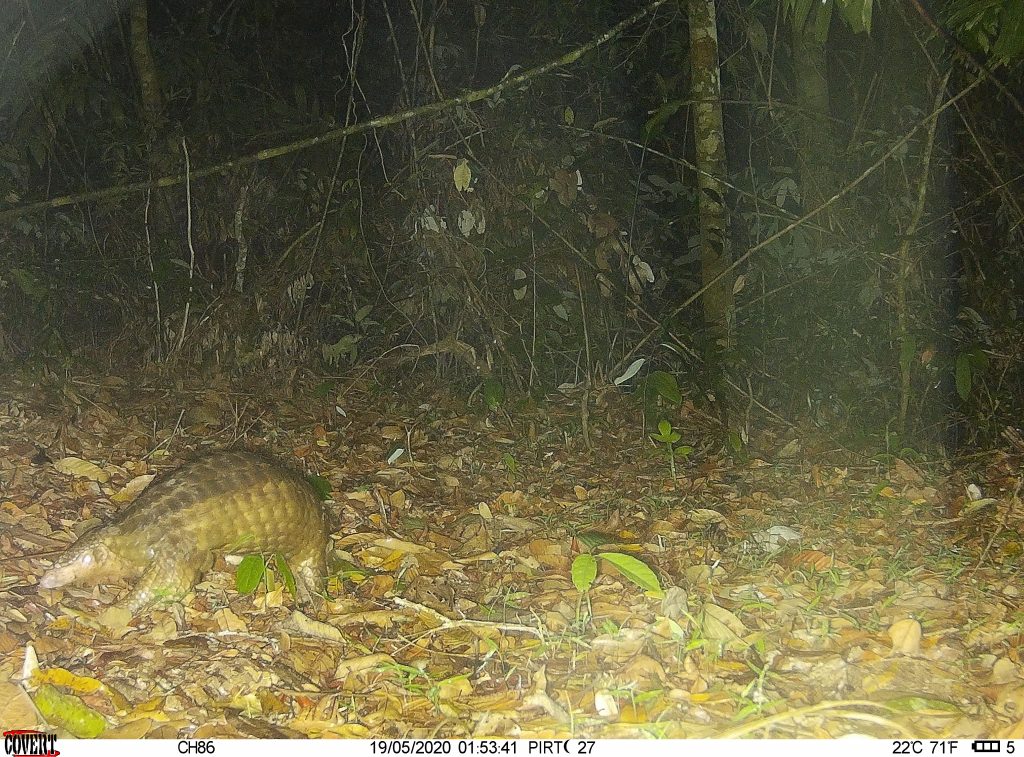 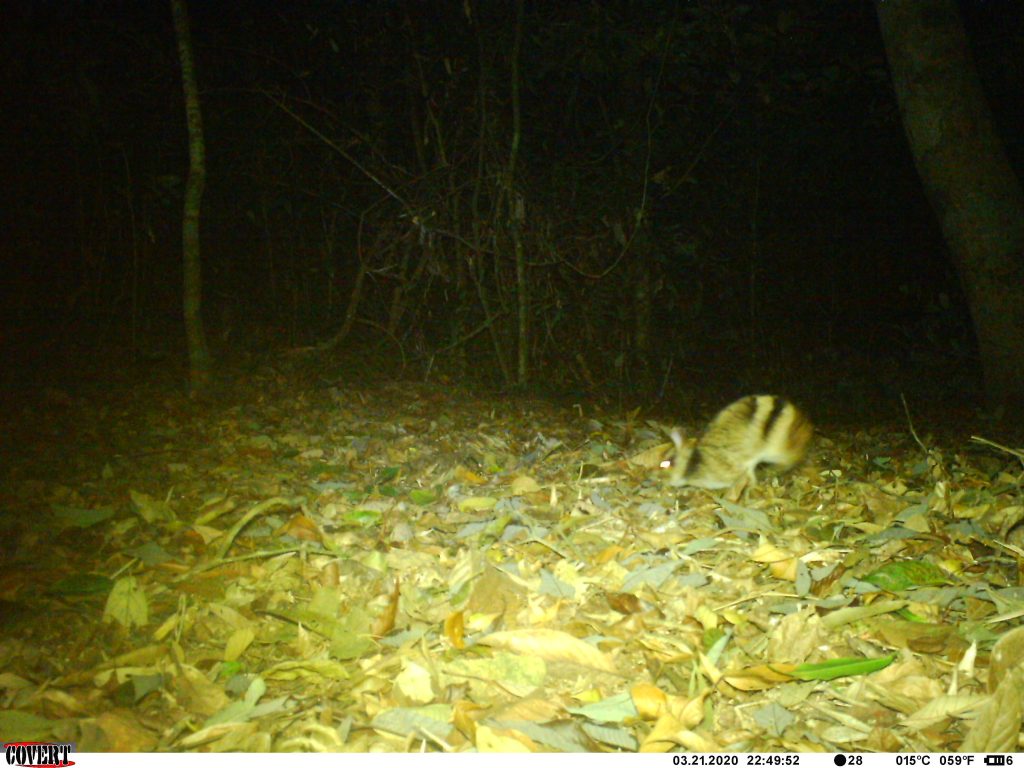 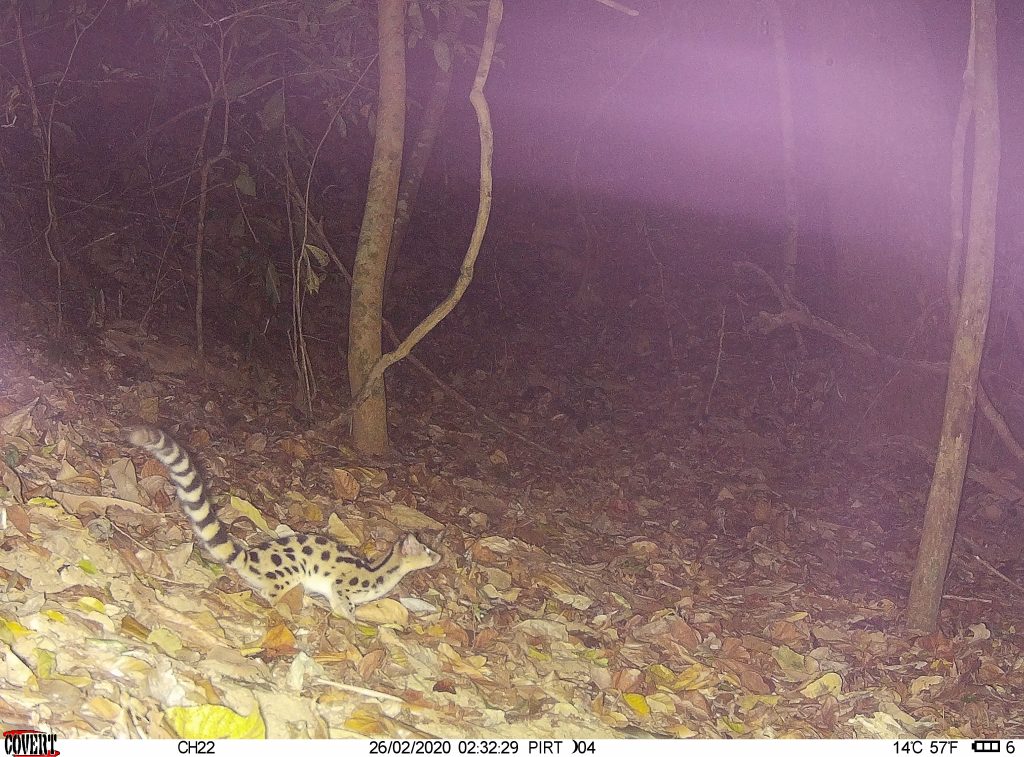 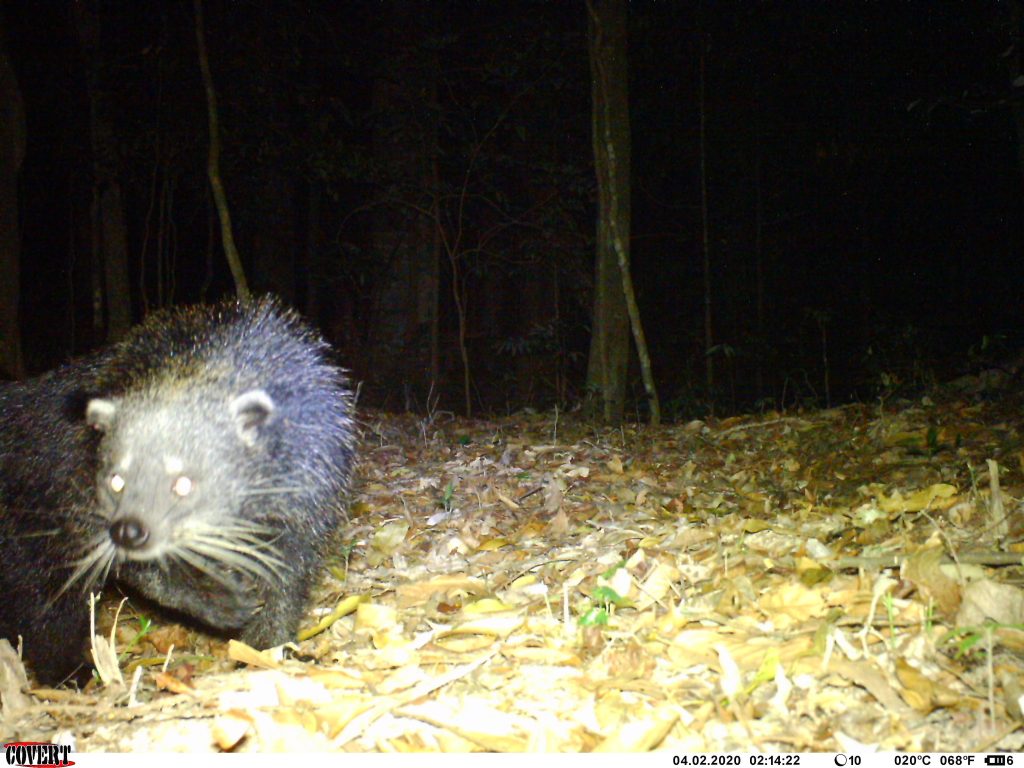 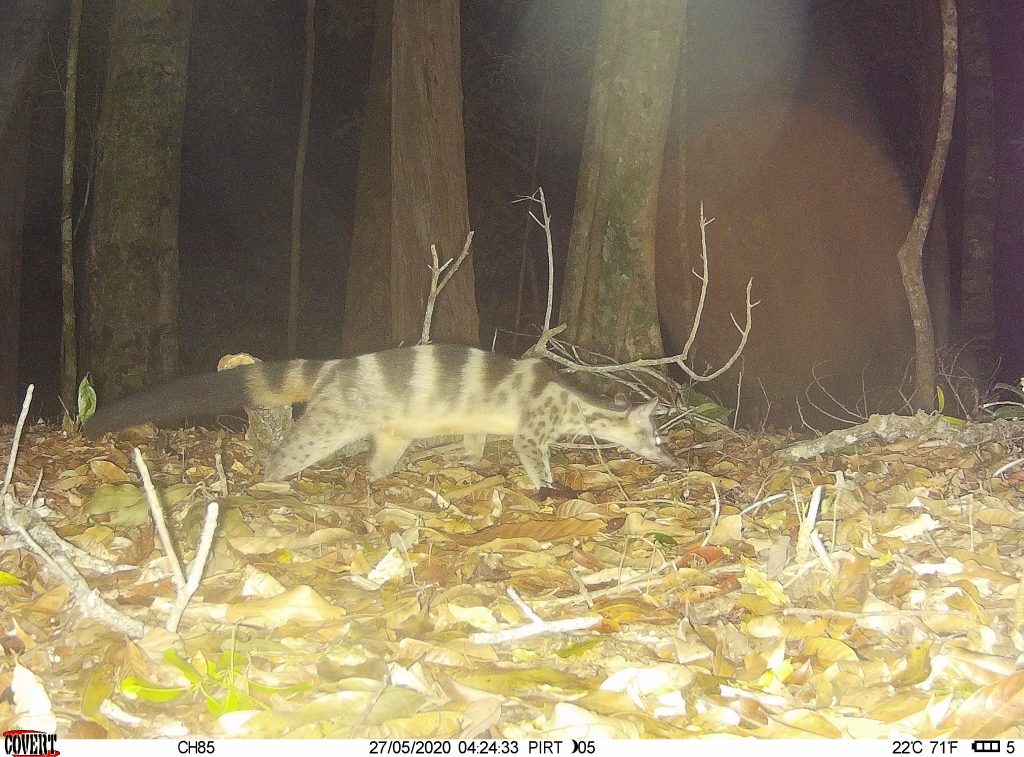 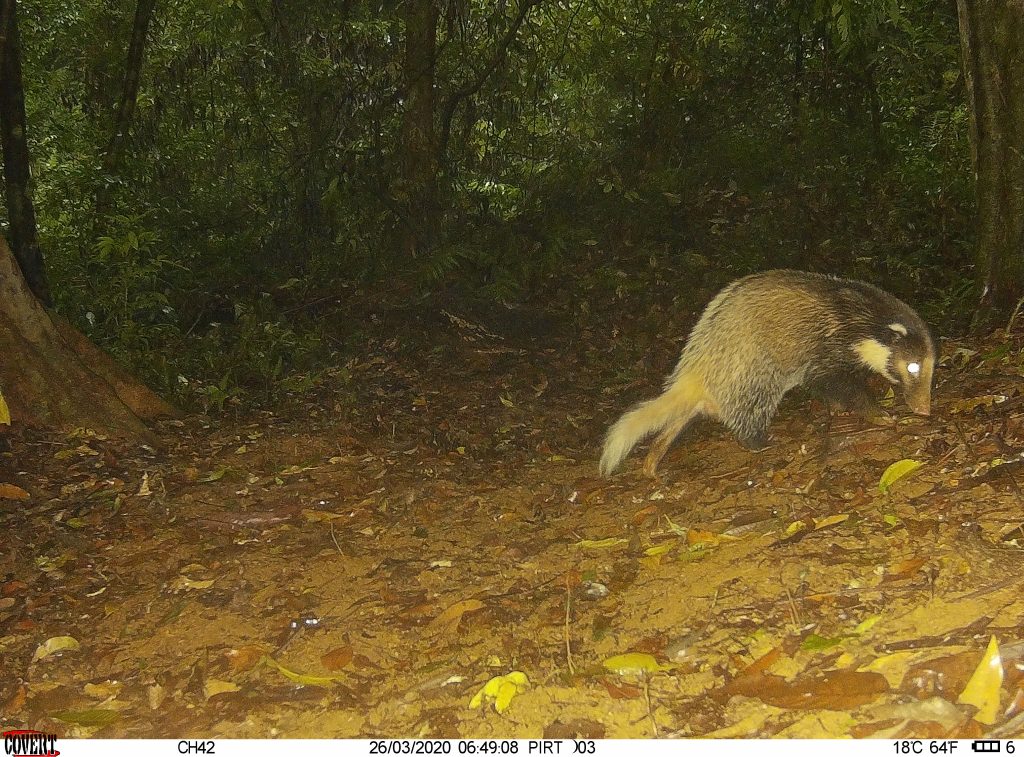 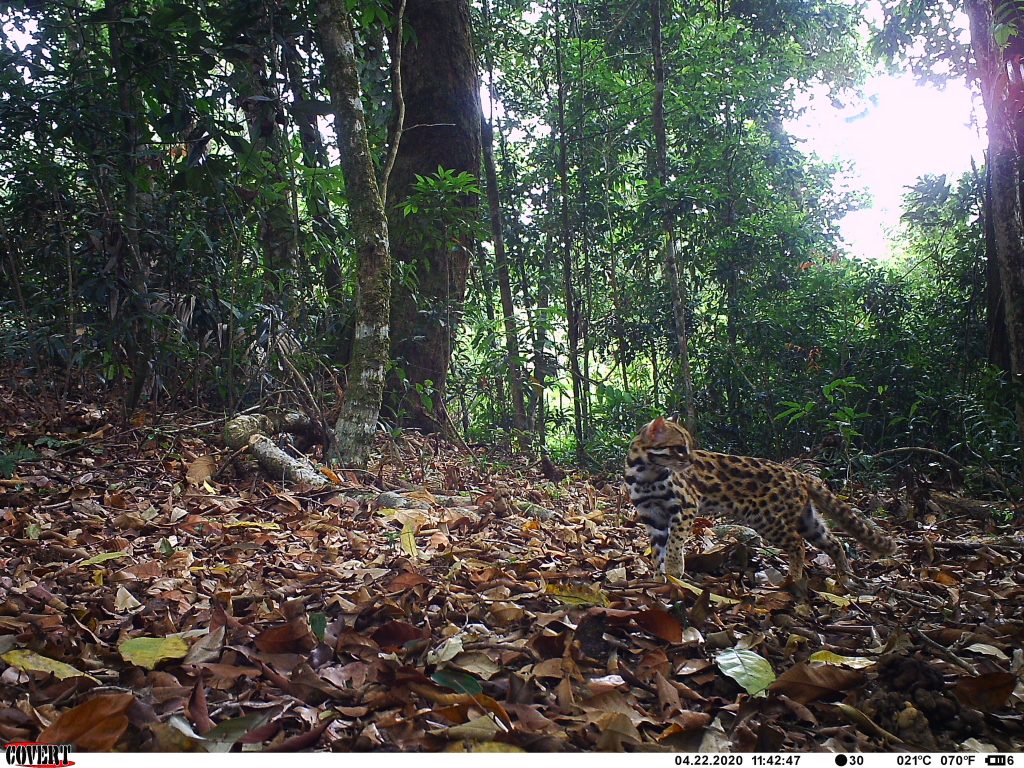 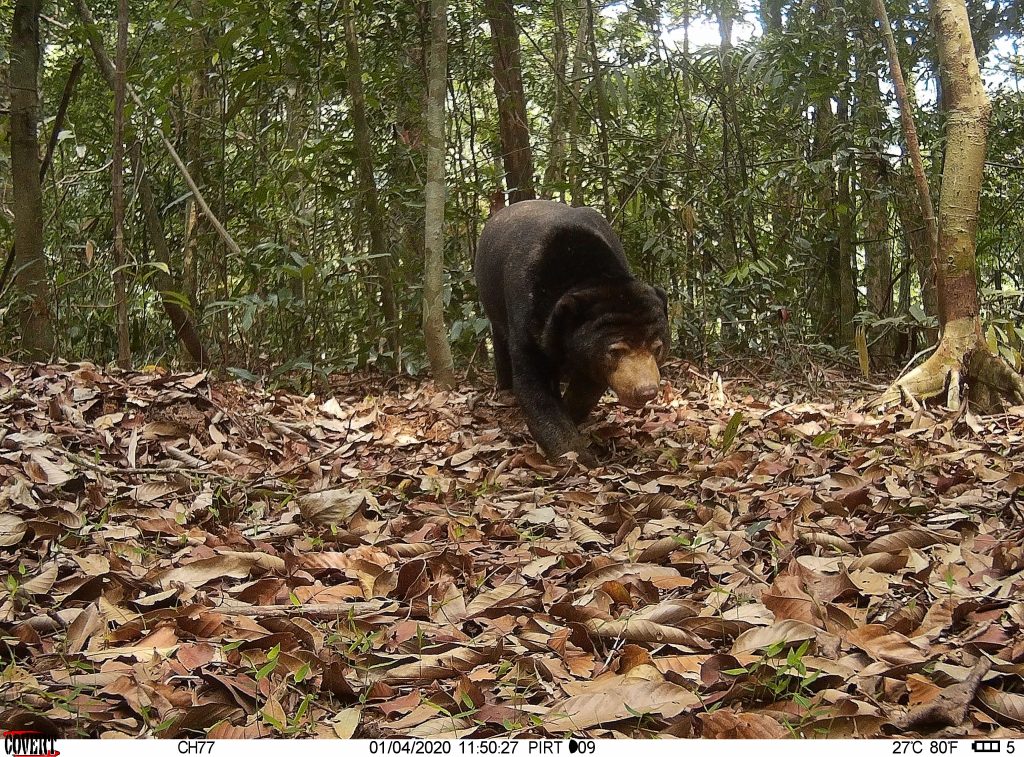 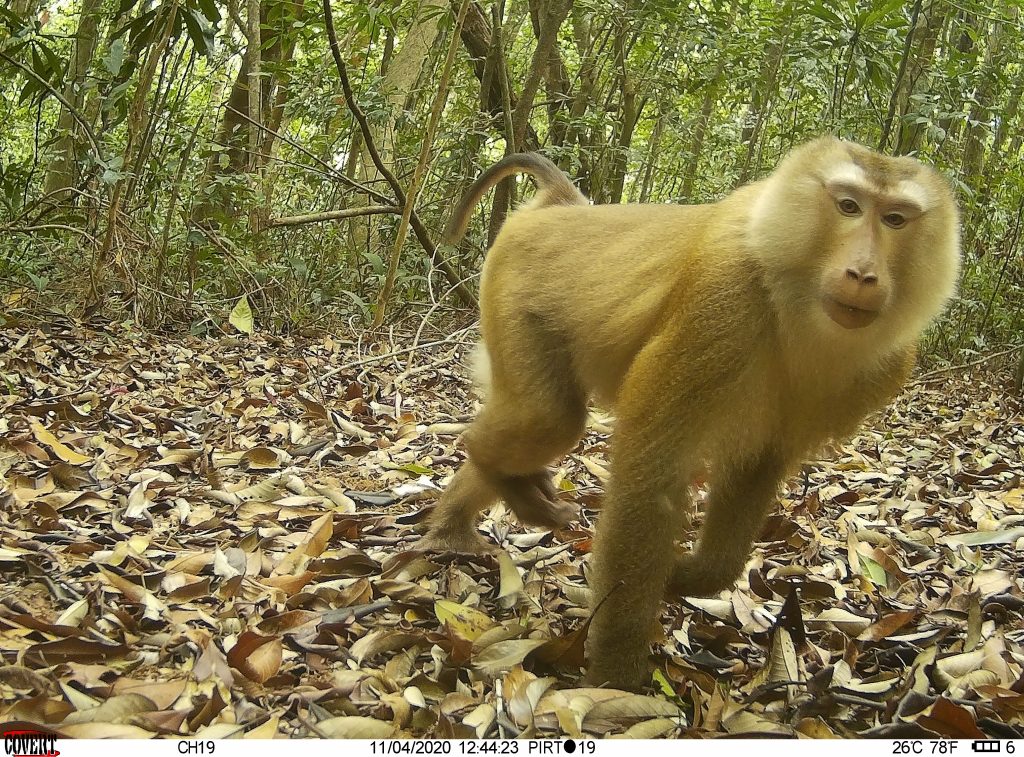 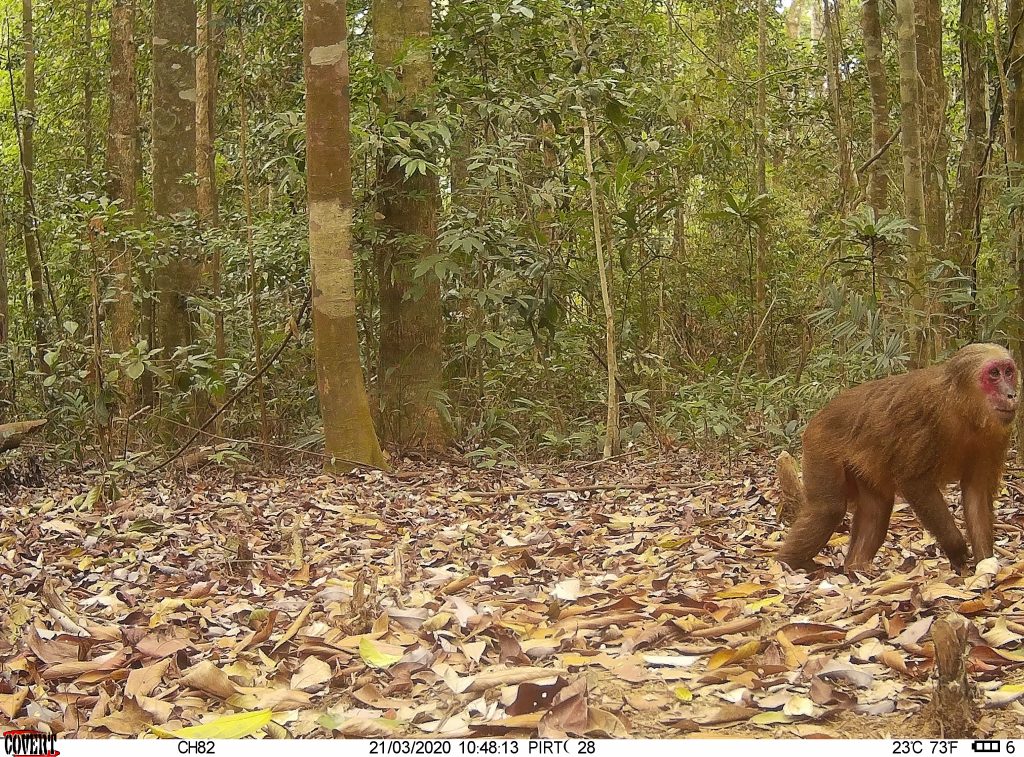 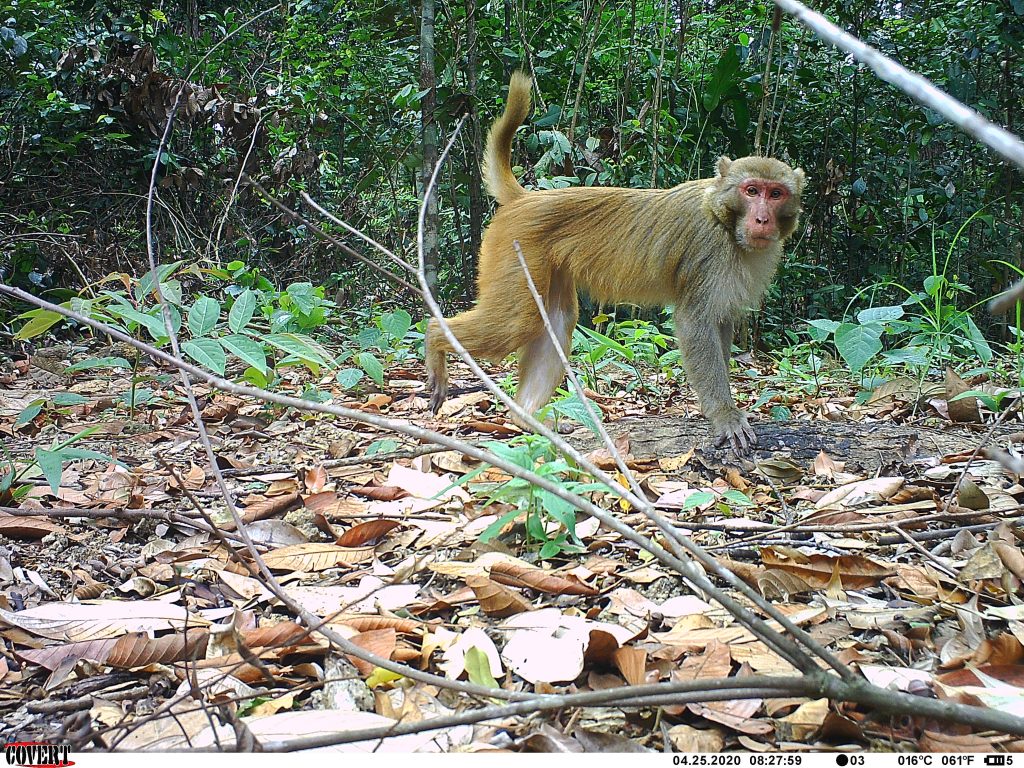 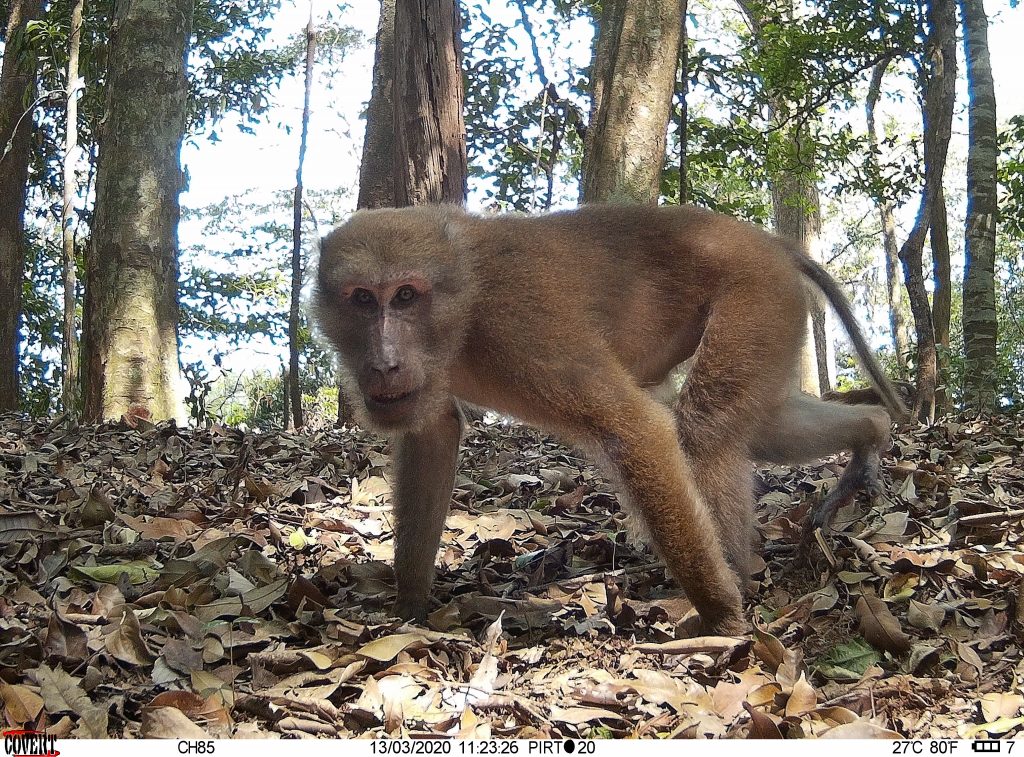 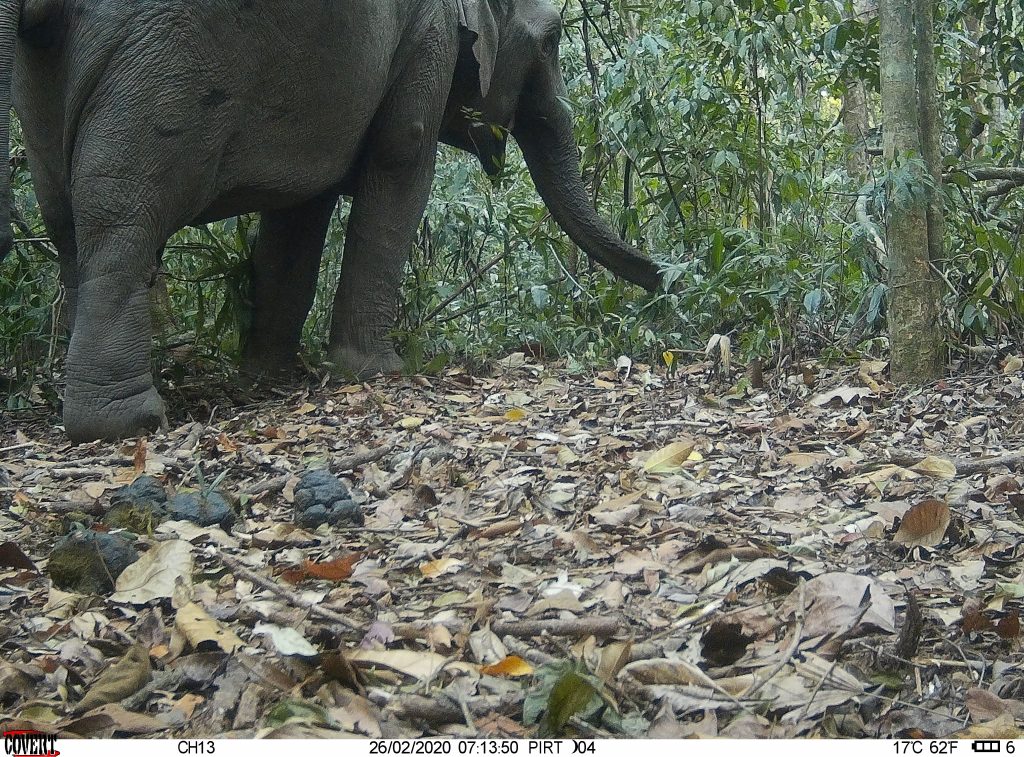 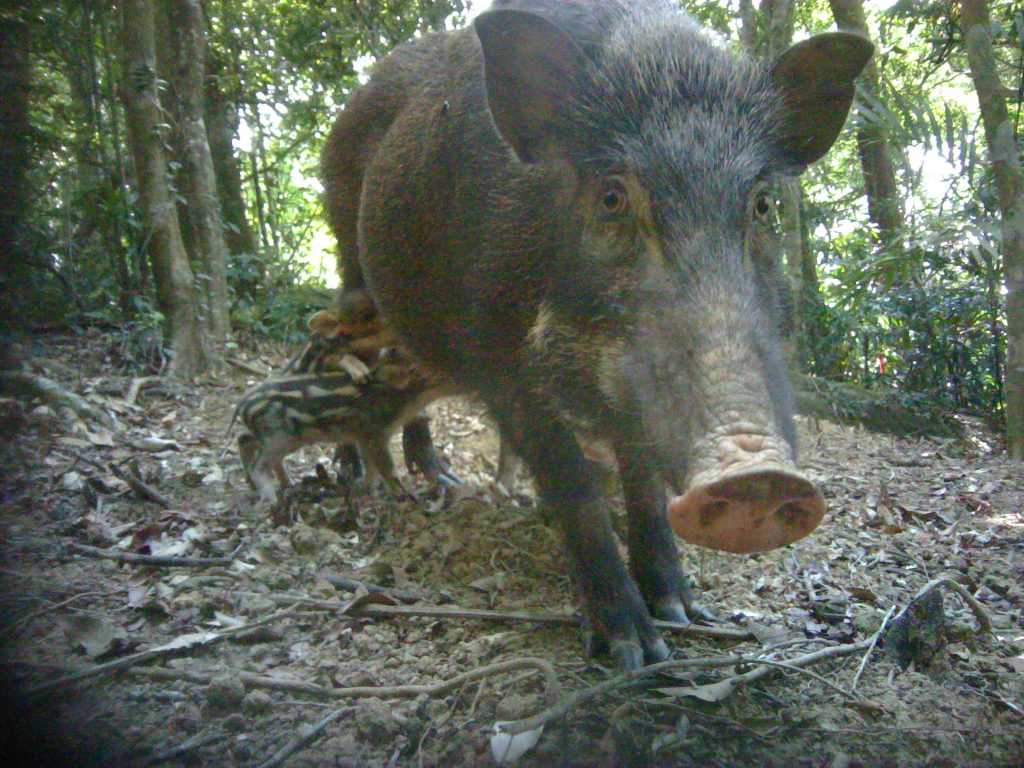 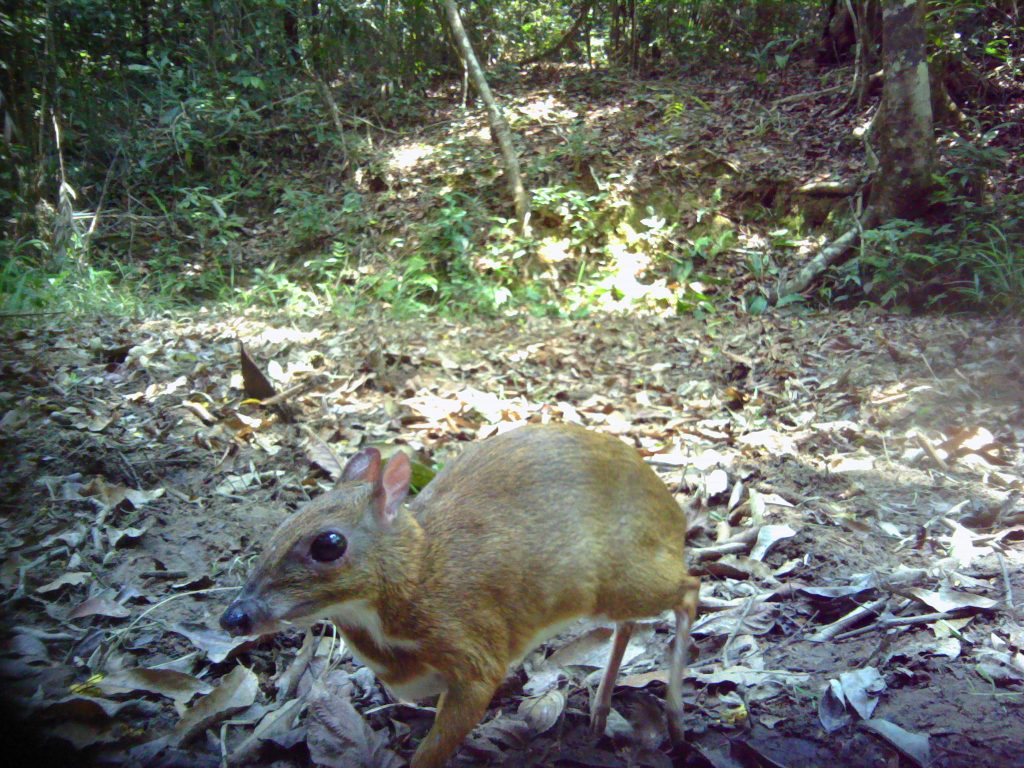 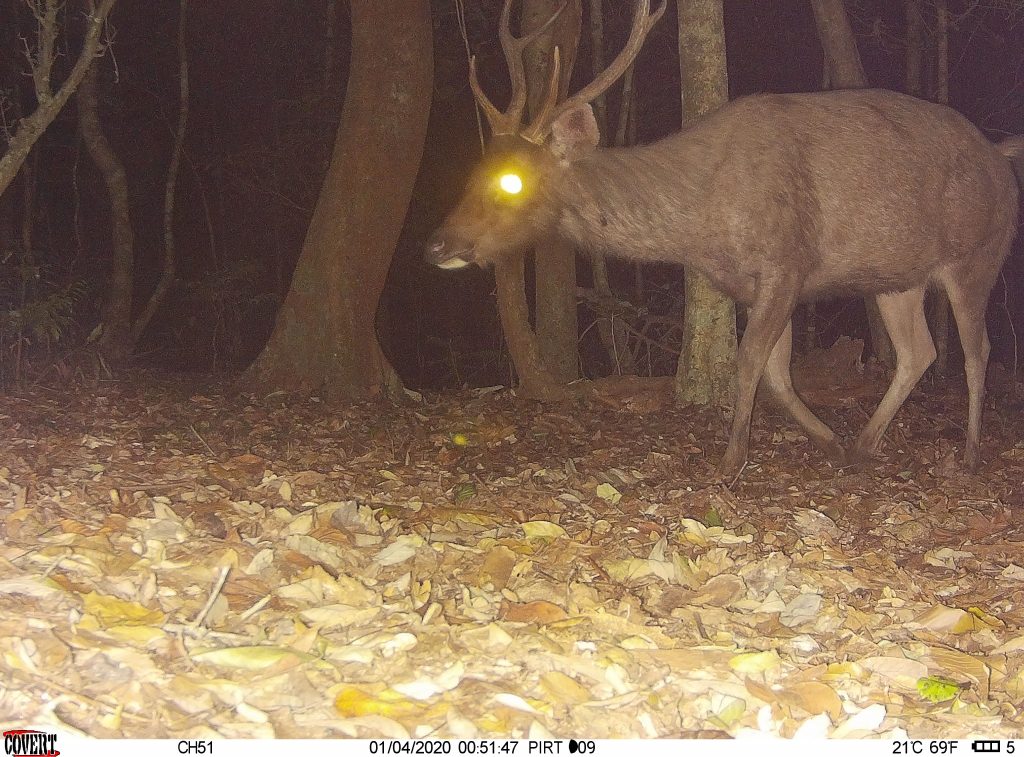 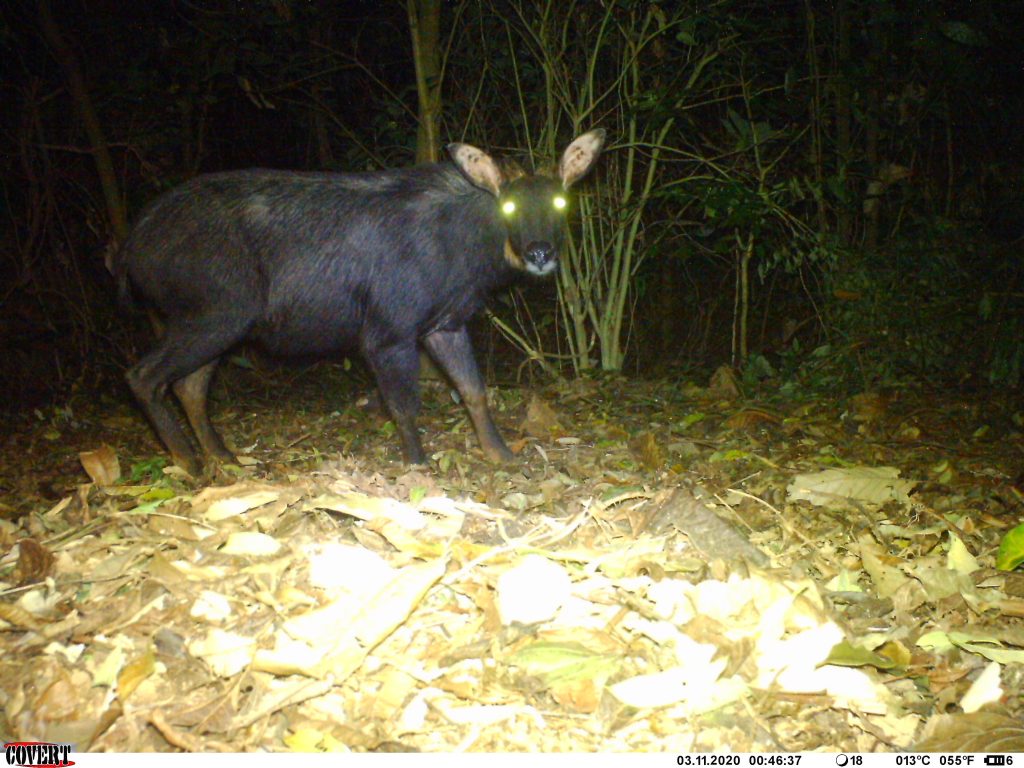 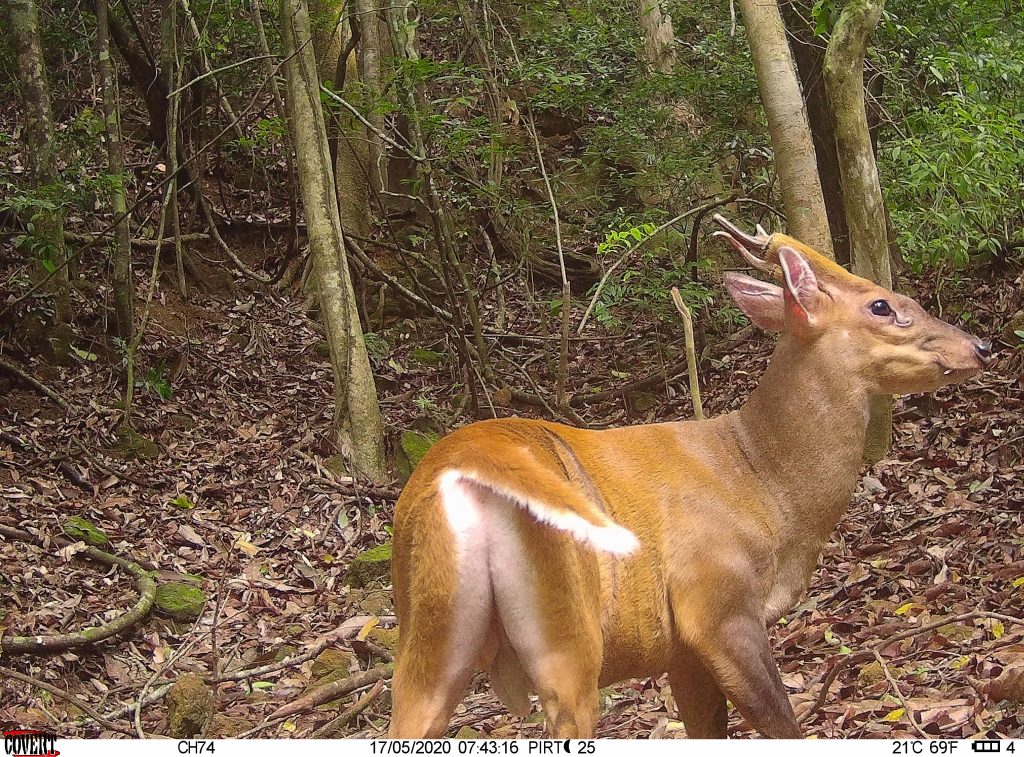 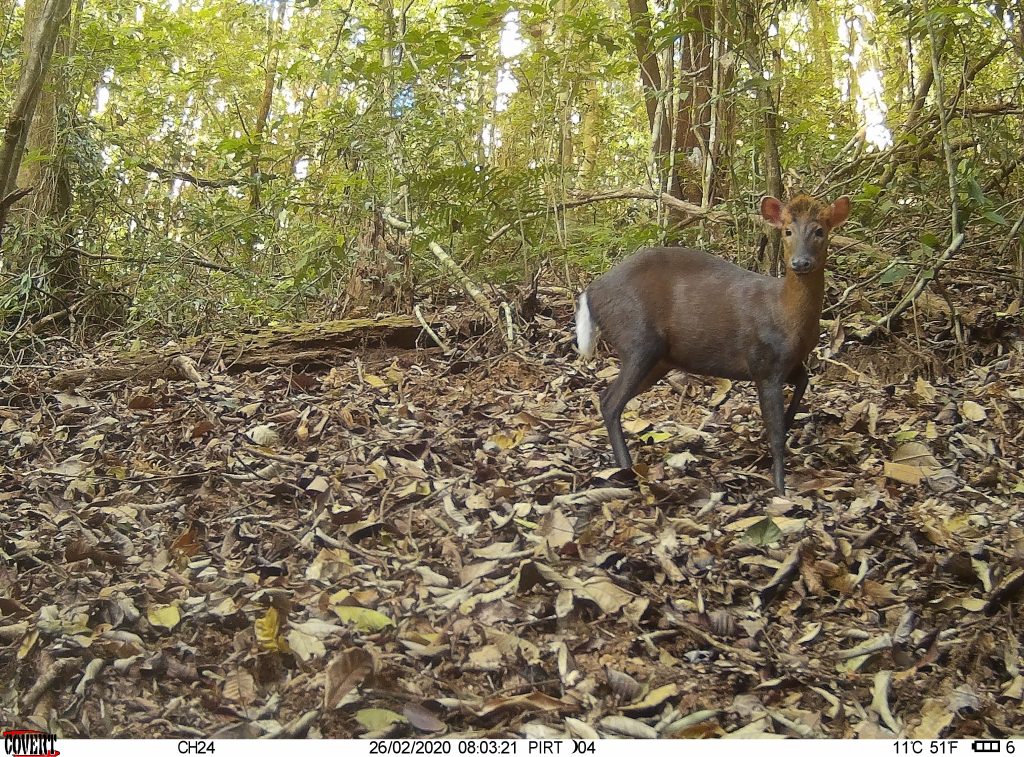 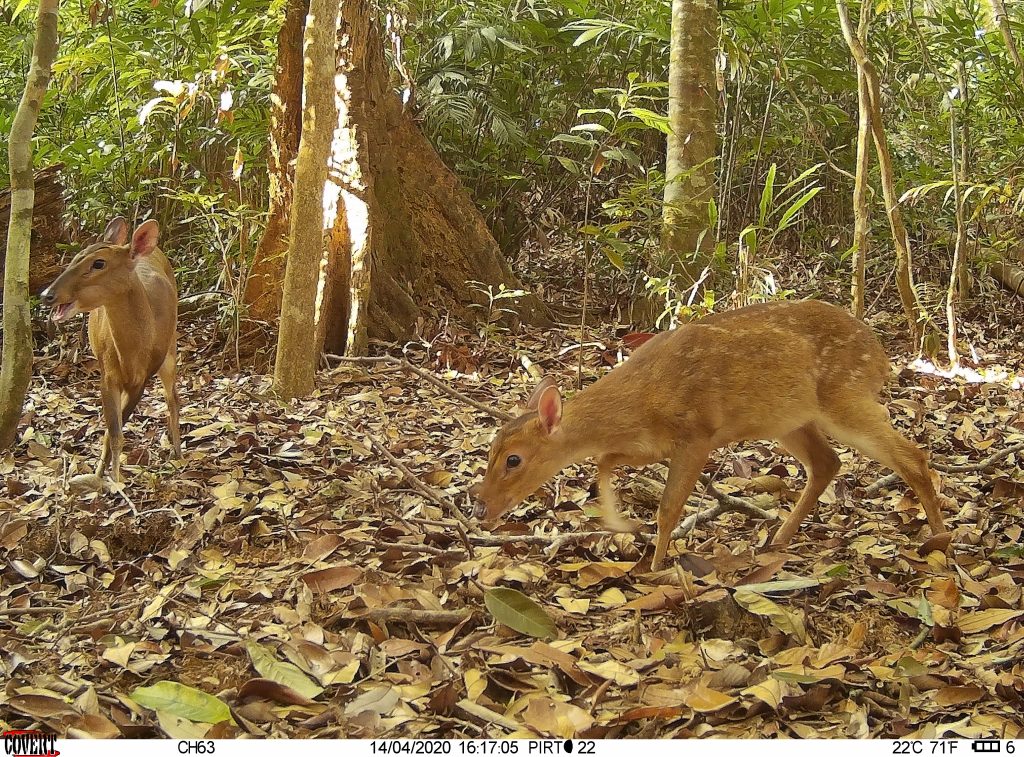 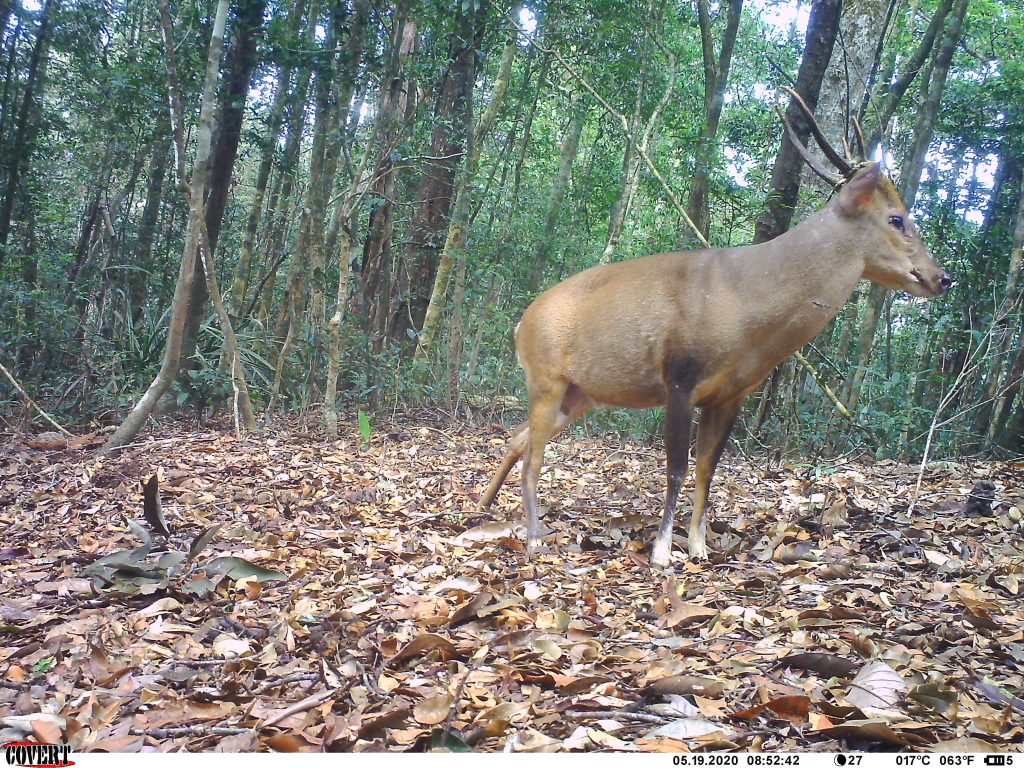 *46 taxa identified excluding murid rodents (rat, mice); squirrels (except for Black Giant Squirrel Ratufa bicolor); bird species (except for galliforms and Coral-billed Ground Cuckoo, which were specifically sought for in the dataset).